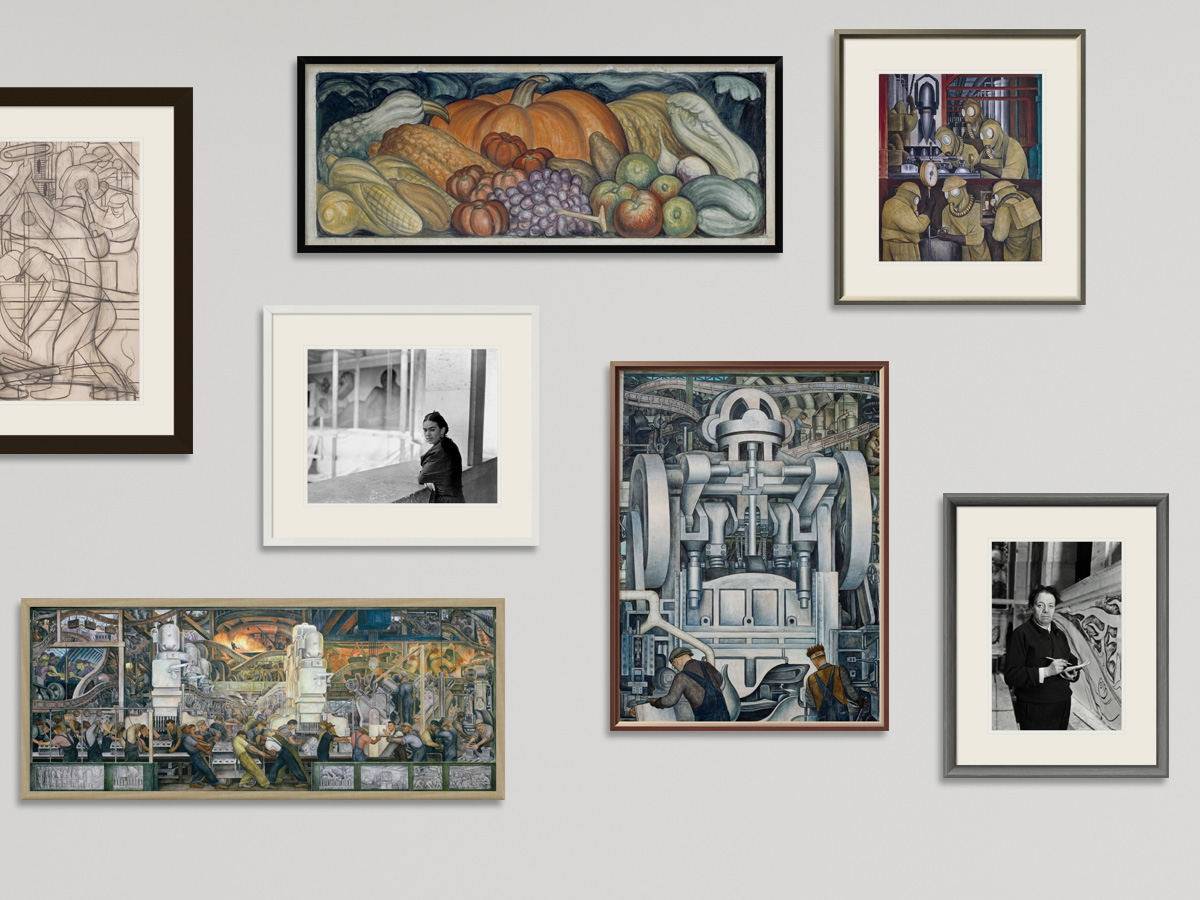 In 1932, Mexican muralist Diego Rivera (1886-1957) began illustrating the walls of what was then the DIA’s Garden Court. Using the fresco technique common in ancient Egypt, Greece, Rome, and the Americas, Rivera created a grand and complex cycle of murals that portray the geological, technological, and human history of Detroit. He also developed an ancient context for modern industry rooted in the belief system of the Aztec people of central Mexico. 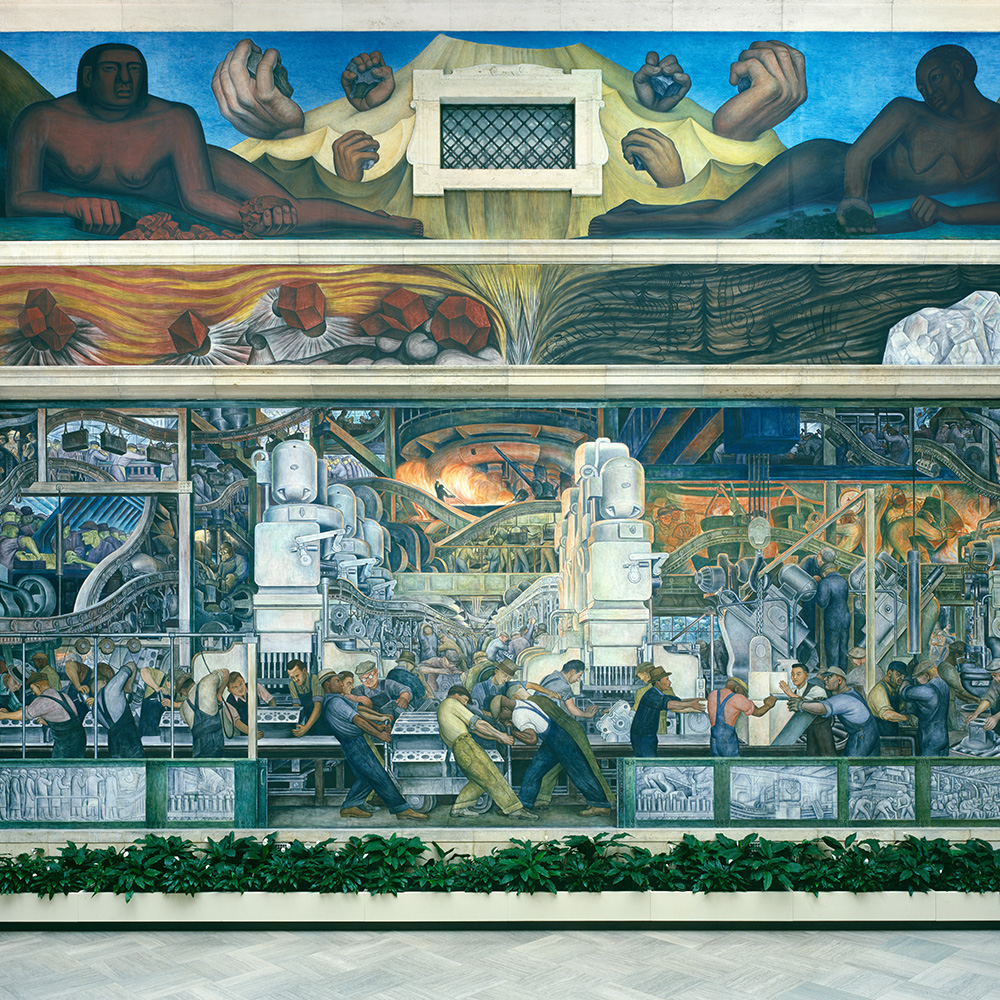 The largest panel of the north wall represents the important operations in the production and manufacture of the engine and transmission of the 1932 Ford V-8. In the upper corners, scenes of a baby being vaccinated and the manufacture of poison gases contrast the beneficial and harmful results of industry. 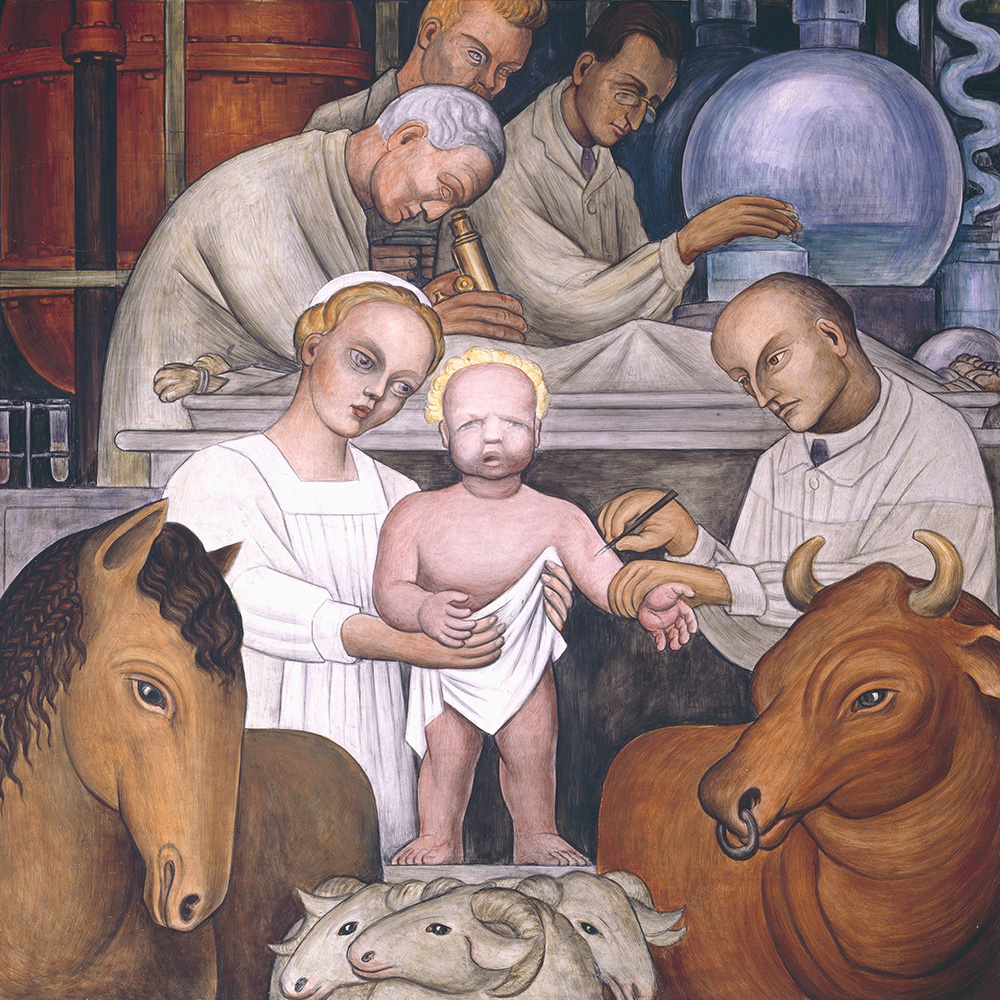 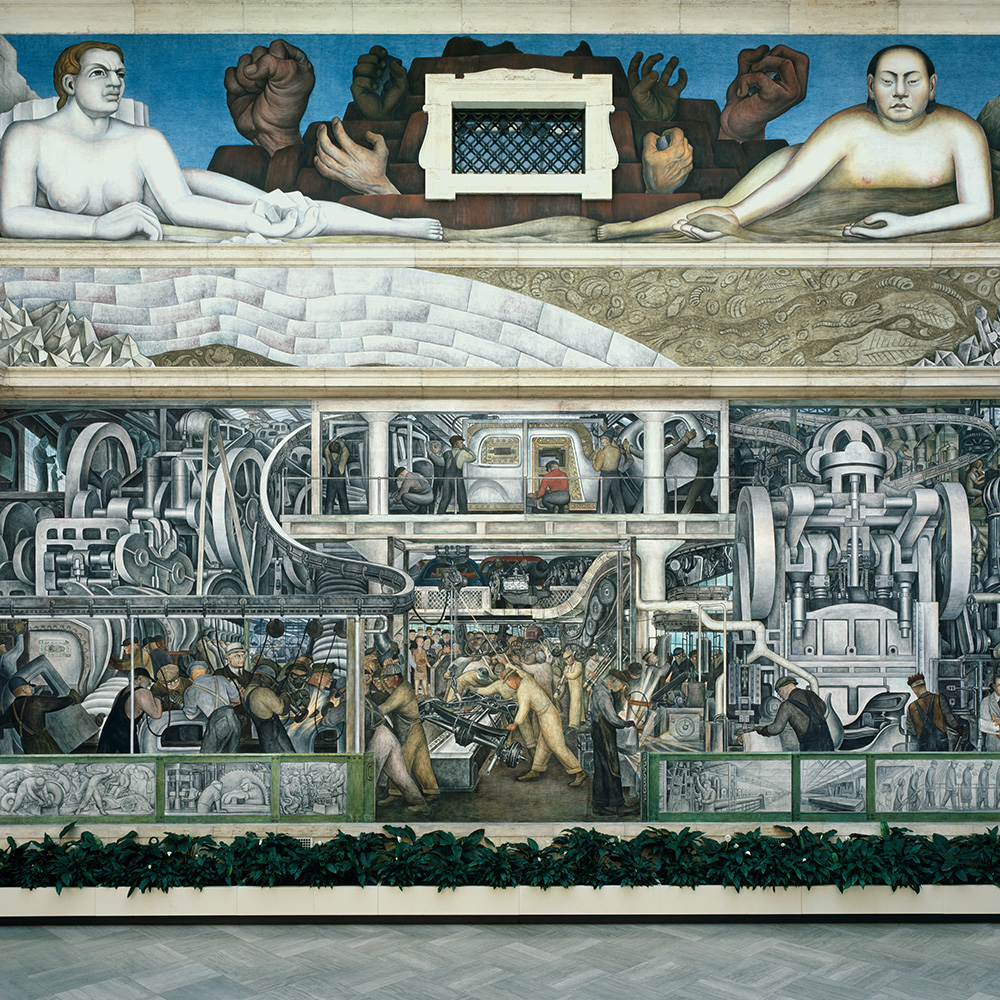 In the major panel of the south wall is the culmination of the automobile manufacturing process — production of the car’s exterior. On the right, Rivera’s imposing stamping press shares characteristics of Coatlicue, the Aztec goddess of creation and war. Rivera suggests the ancient gods have been replaced by the machinery of industry. 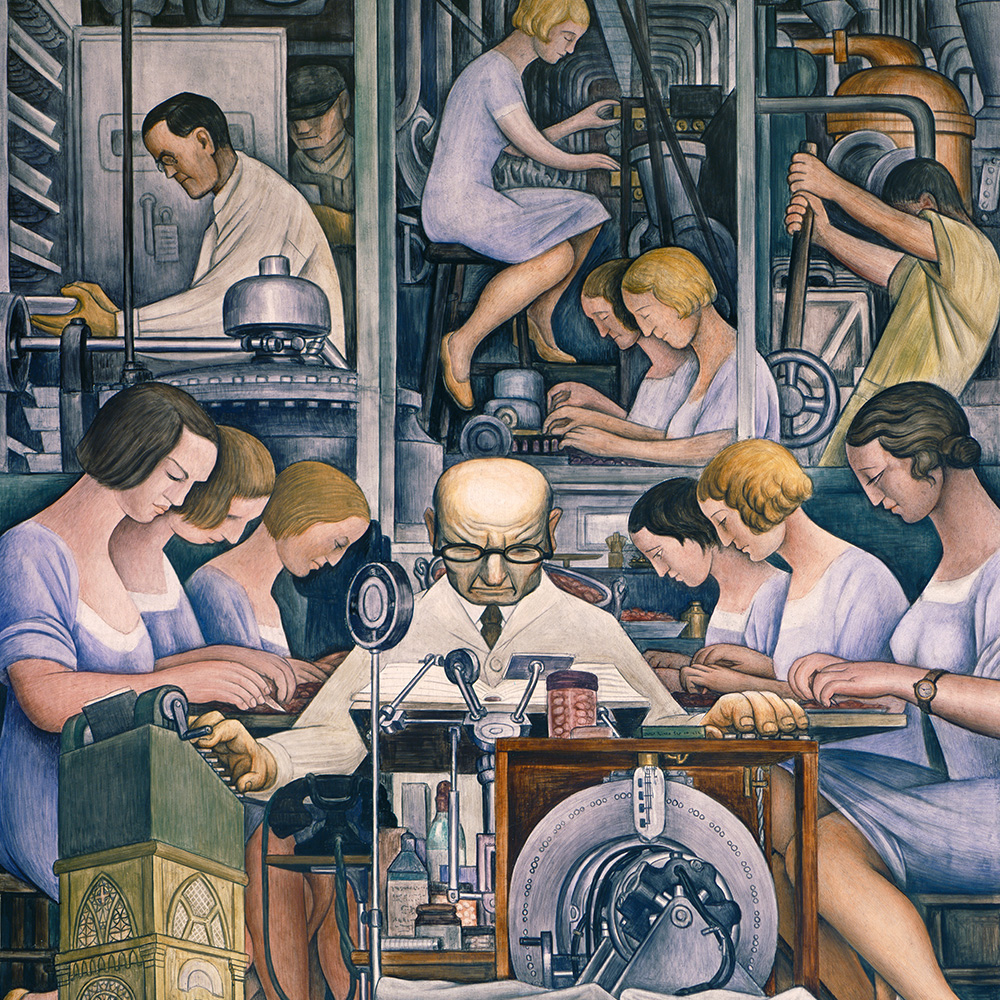 The mural cycle begins on the east wall, where Rivera uses the image of a baby growing in the bulb of a plant to remind us that all human endeavor is rooted in the earth. The women on each side are fertility figures holding fruits, vegetables, and grains grown in Michigan. 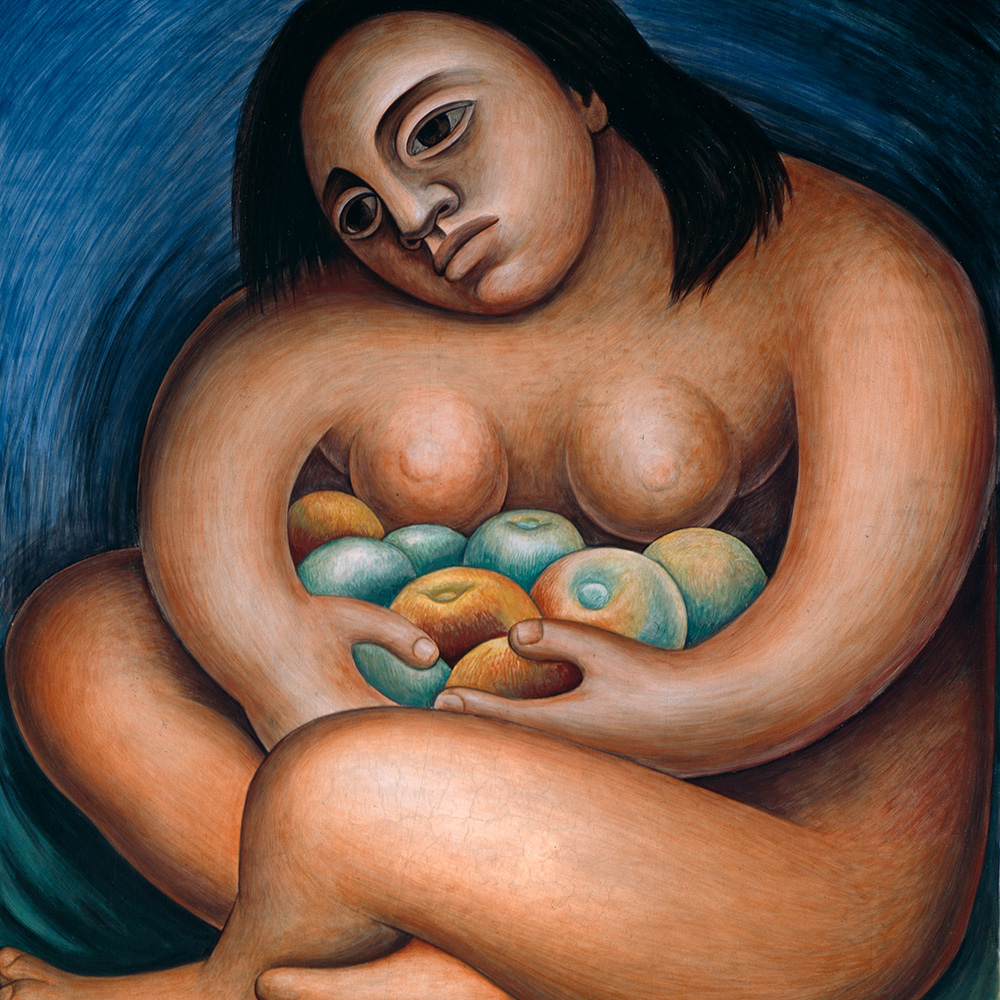 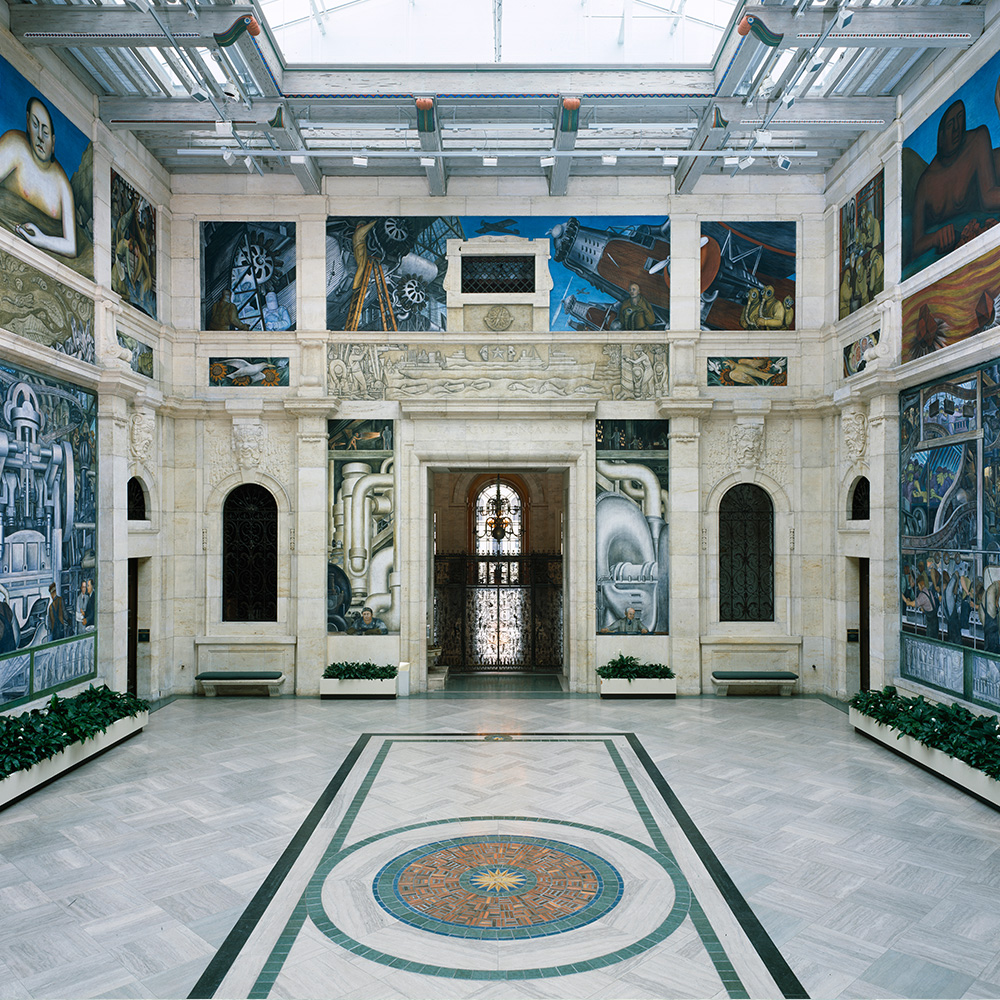 On the west wall, Rivera shows the key personnel involved in industry: the worker and the manager. By giving them equal stature, he suggests both are necessary. Above, imagery of war planes and passenger planes present both the positive and destructive sides of industry. 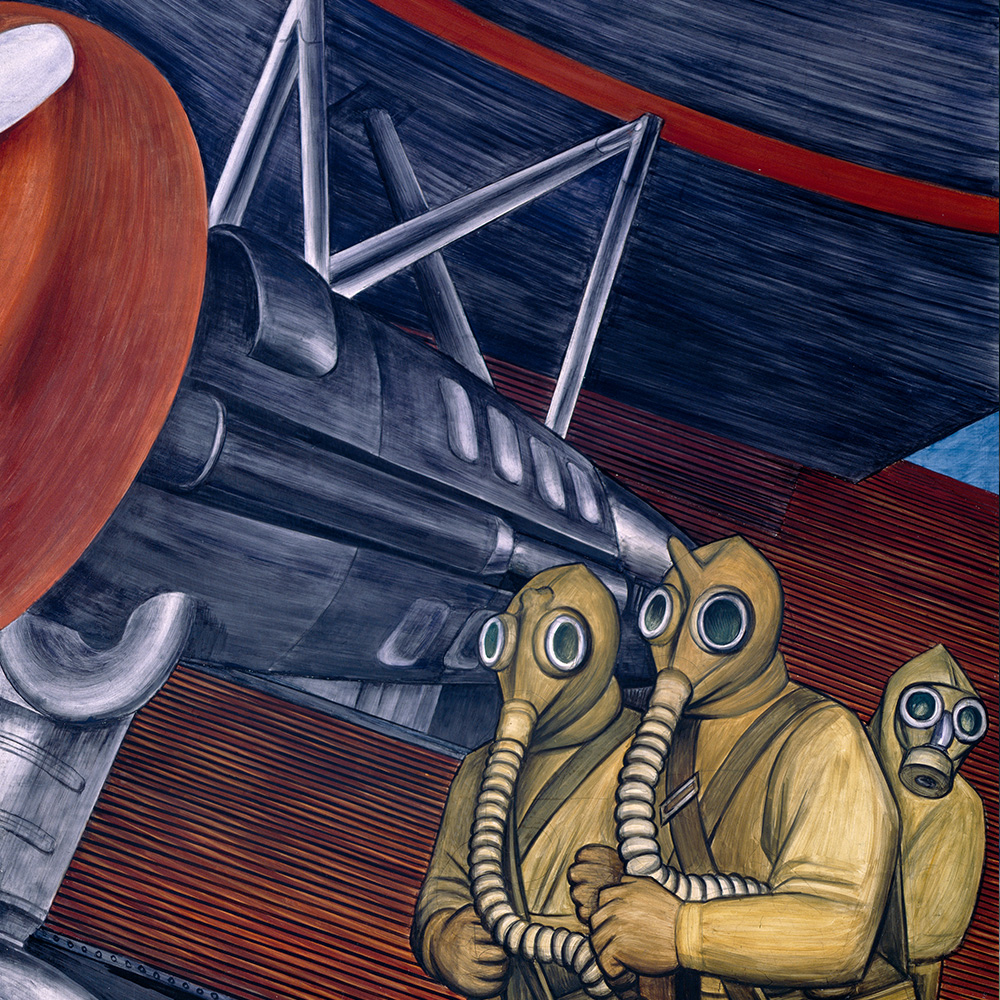